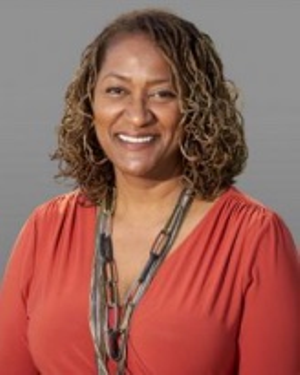 Manhattan Beach's county supervisor will now be Holly Mitchell instead of Janice Hahn.
"This new map will mean big changes. Millions of residents have a new supervisor, and supervisors have new constituents," said Supervisor Janice Hahn in a statement following the redistricting announcement. "There are going to be challenges, but I have no doubt that my colleagues and I will work to make sure communities get a warm handoff and no projects or issues fall through the cracks during this transition."
Mitchell also released a statement, saying, "We know that these lines are more than geographic boundaries, they hold within them long-standing relationships to the places and people who make up our neighborhoods. Countless residents are learning that they now have a new Supervisor, and it is our job to make sure that their needs are being met. I am committed to working with my colleagues to ensure continuity in public service and resources for all of our residents.
According to the final redistricting maps, approved yesterday, below is an image of the newly redrawn District 2: 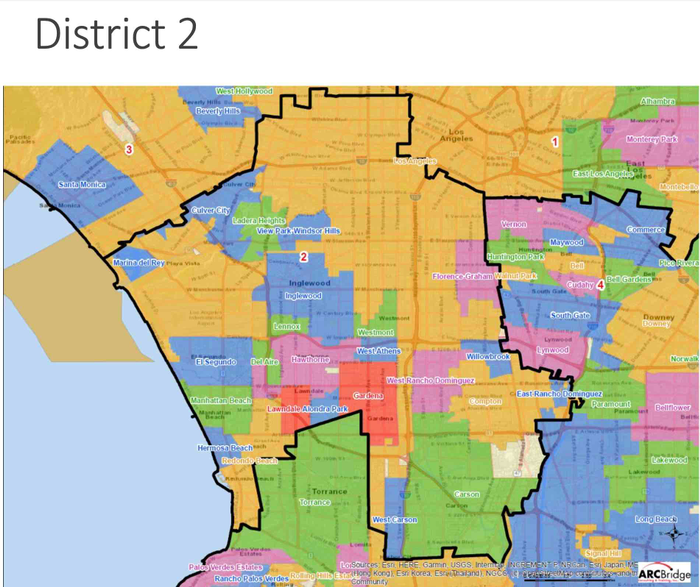 Manhattan Beach, Hermosa Beach and Redondo Beach are among those beach cities that are now part of Mitchell's redrawn District 2, which includes Inglewood, Hawthorne, Gardena, Carson, Compton, Lennox and much of Central L.A.

Demographics of the new District 2 are estimated to be 38% Latino, 29% Black, 20% White and 11% Asian, gauging by the "citizen voting age population" data used to draw all of the new districts.

Hahn's redrawn District 4 will be a majority-Latino district running south along the coast to Long Beach and north toward Downey and Whittier. (For more on the new districts, visit this county redistricting site.) 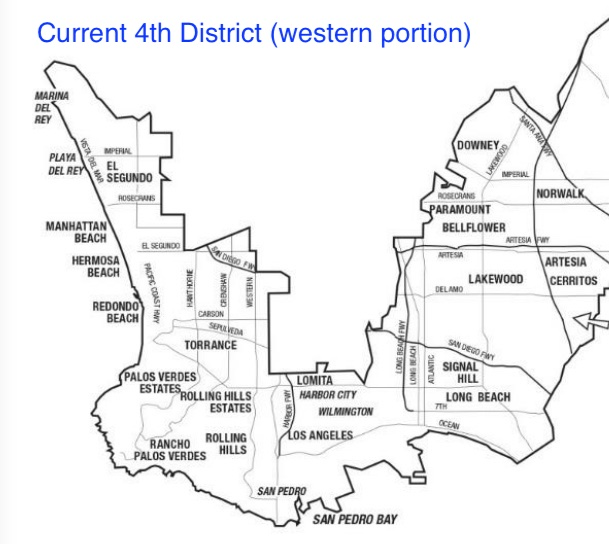 The redistricting changes will pull Manhattan Beach away from the South Bay communities of Torrance and the Palos Verdes Peninsula, which remain in the 4th.

Long Beach and Catalina Island will also stay in the revised 4th District, no longer teamed with the South Bay beach cities.

The redistricting is not expected to affect the continuing effort to return the Bruce's Beach beachfront property to the Bruce family, an effort that had been spearheaded at the county level by Hahn. Mitchell has been a cosponsor and consistent supporter of the effort.

Every ten years, L.A. County's districts are redrawn so that each district is substantially equal in population. This process, called redistricting, uses U.S. Census data to ensure that each Board of Supervisors member represents about the same number of constituents.
This year, for the first time, the redistricting was done by a Citizens Redistricting Commission that is independent of the Board of Supervisors. There are 14 citizen commissioners who are chosen randomly from a pool of eligible applicants.
The commission's final map cannot be altered or rejected by the elected supervisors.
"Our accountability to the 10 million residents of Los Angeles County is to create maps that allow them to have fair representation and increase the likelihood that their needs would be recognized and addressed by their elected County representatives," wrote CRC Chairs Daniel Mark Mayeda and Carolyn Williams in the group's final report. "Because the LA County CRC could draw only five districts with approximately two million residents each, this process was not easy."
Covering 4000 square miles, Los Angeles County is the the largest non-state level government entity in the United States, and the third largest metropolitan economy in the world.
The redistricting effort needed to take into account the needs of 88 cities, 122 unincorporated communities, more than 100 Los Angeles City neighborhoods, and dozens of communities of interest, the commission chairs noted.