A cross-country electric vehicle road trip - created as a demonstration of the range and possibilities of driving an EV across the country - reached Manhattan Beach on Friday morning.
Environmental activists Daphne Dixon and Alyssa Murphy left Wilton, CT on June 5 and arrived at the Manhattan Beach Pier, their first West Coast stop, on June 24. Their 4,350-mile journey in an electric vehicle will end in Sacramento on June 27. 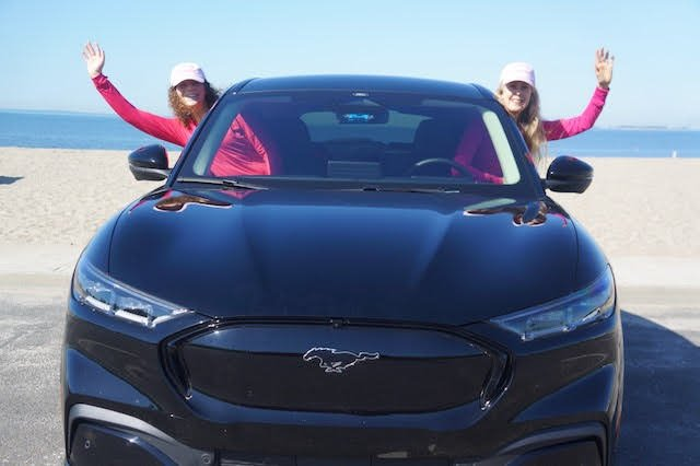 Dixon and Murphy had created the "EV Road Trip" as a mission to reduce "range anxiety," which studies have shown is a leading barrier to EV adoption, and to show that there are plentiful charging stations to make a journey across the country.

"We just wanted to show that it could be done without breaking down, and that we could get there safely - and at one-third the cost of driving a [traditional gas car]," said Dixon, the founder and executive director of Live Green, a Connecticut-based nonprofit.

Dixon and Murphy traveled in a 2021 Ford Mustang Mach-E, although they emphasized that the trip was a "brand-neutral" demonstration event that not meant to showcase any one specific car.
The Mach-E has a 300-mile range. Each day they drove between 225 and 400 miles per day, said Dixon.
Dixon, who also works together with Murphy on the Connecticut Southwestern Area Clean Cities Coalition, said that they planned the trip around what they wanted to see, not based around charging stations. 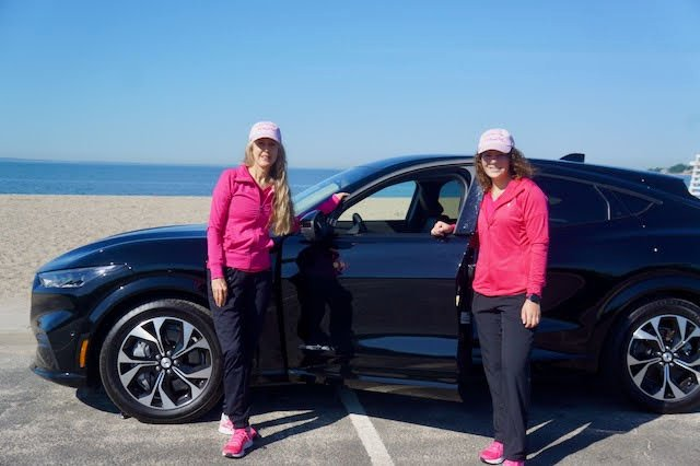 "We purposely didn't look at any charging apps or websites before we left - we just planned the trip around history markers, national parks, and exciting cities," she said. "We really wanted to make it an all-American adventure - a trip that anybody would be happy to take."
Once they were on the road, they found charging stations through a variety of different apps and websites. Dixon said that there was no single app that was able to help them through the entire trip, but that she expected that some app or apps would be developed in the near future as more people take on longer trips in EVs.
One thing that helped, noted Dixon, was the proliferation of Electrify America charging stations at Wal-Marts throughout the country. A trip like this one might not have been possible as recently as three years ago without those charging stations, she said. 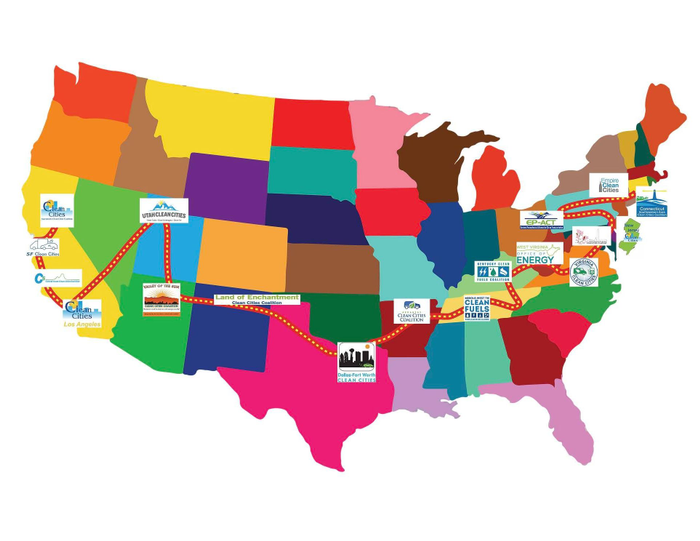 And even though some stretches of the route (the mountains of West Virginia, Zion National Park, the Grand Canyon, Death Valley) would seem to be free of charging stations, the duo made it through without a hiccup.

At one point, when driving from the Grand Canyon to Zion National Park, they had to stop to recharge. They discovered "a magnificent lodge," Cliff Dwellers, that had a Level 2 charger that helped them get on their way.
Dixon added that the time it took to charge the car was never an issue - because every time they got out to charge, they also wanted to stretch their legs, walk around a little, and see some sights.
"People ask me how long it takes to charge the car," said Dixon. "I always say, 'The car was done before we were ready.'"
Dixon and Murphy made multiple appearances along the way to promote electric vehicles and their range. They are planning to put together statistics on the cost it took to travel through each state in their EV, versus what it would cost in a gas car of equivalent size.
Dixon, who has lived in Manhattan Beach and who comes back to visit often, said that the town was a natural destination for their first stop on the West Coast. "I love Manhattan Beach, so of course we had to stop here," she said. "Plus, the residents place a high value on sustainability here. I knew that coming here would help us build a little excitement."
You can find more details about the trip at https://www.evroadtrip.org/.