Manhattan Beach's 50/70 All-Star team (called 50/70 because it uses a modified baseball field for 12- and 13-year-olds with a 50-foot pitching distance and 70-foot base paths) is comprised of mostly 13-year-old rising 8th graders. The team is managed by Dom DeVico and coached by Frank Wicks, Ty Conrad, and Jim Whalen. 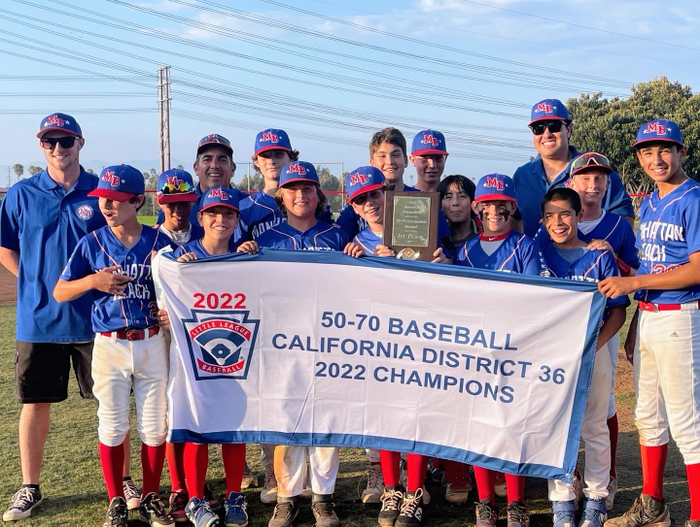 The 50/70 team won the District 36 championship in a three-game series last week, beating Redondo Beach two games to one. That game advanced the 50/70 All Stars to the Sectional Championships, which began in North Venice on Saturday, July 2.

At Saturday's section championship game, the 50/70 All Stars won game one against Torrance Little League, by a score of 7-6 in extra innings (eight innings total) "to keep the magic going," said Whalen.

Meanwhile, Manhattan Beach Little League's 12U (12 and under) All Star team defeated Rolling Hills 1-0 on a walk-off hit to win a hard-fought District 36 Championship against seven other teams.
"It's a very hard-to-win district because there are so many teams," said Shevin, who called the team's district win "incredible." 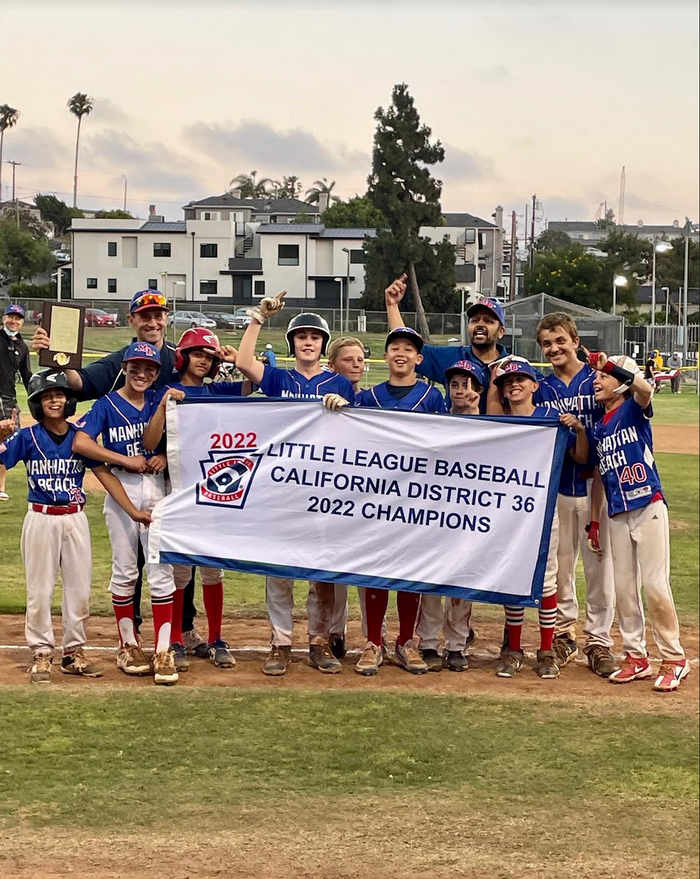