Clouds gather as rain starts to come down at the Strand on Friday night, September 9.

Well, that was weird, Manhattan Beach.
Following a record-setting heat wave in Manhattan Beach, the city then faced strong winds and rain on Friday due to Tropical Storm Kay.
Manhattan Beach reached a record high of 101 degrees on Friday, breaking a previous record of 96 set in 1984 (as measured at the LAX weather station, where official measurements are taken and records are kept).
On Thursday, Manhattan Beach also hit a record high of 96, surpassing the previous record of 93.
But on Friday, things took an even stranger twist in the late afternoon when heavy winds picked up and a light rain started falling.

The wind, which reached 26 miles per hour, took down power lines in East Manhattan Beach, as well as many branches. The power lines affected were in Liberty Village from 15th to 19th Streets between Manzanita and Harkness.
And at LAX, with winds coming from the east, the airport reversed its runways into an "Easterly Operations" configuration, with planes departing to the east and arriving from the west.

Yet the rain turned out to be lighter than expected, with an accumulation of only about a tenth of an inch. 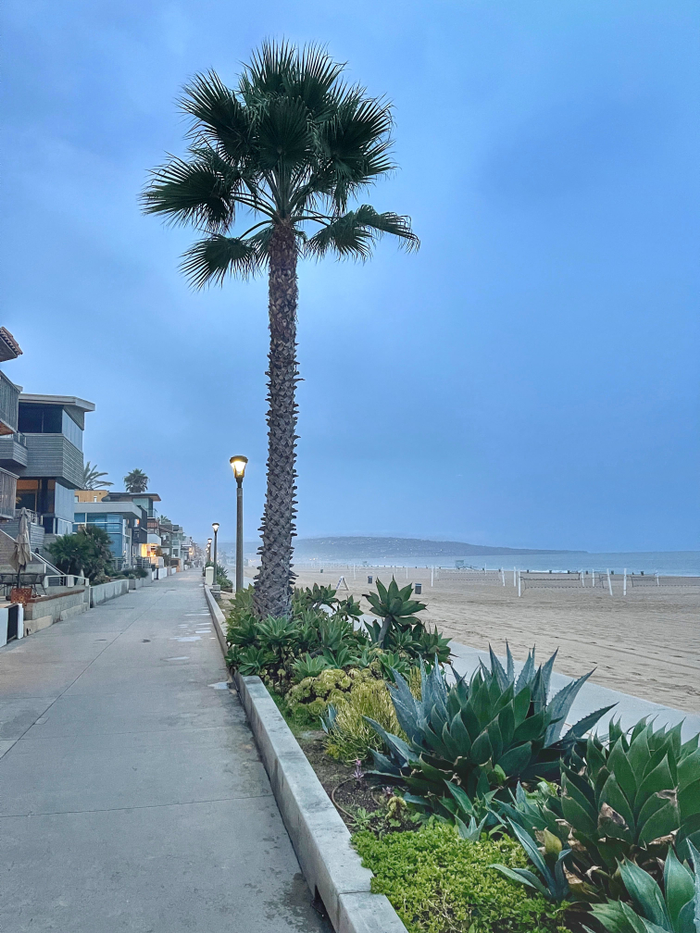 An evening glow on the Strand as dark clouds gather on Friday night in Manhattan Beach.
None of this, however, stopped people from heading to the beach on Friday night to jump in the water and get some relief from what has essentially been more than a week of high heat. 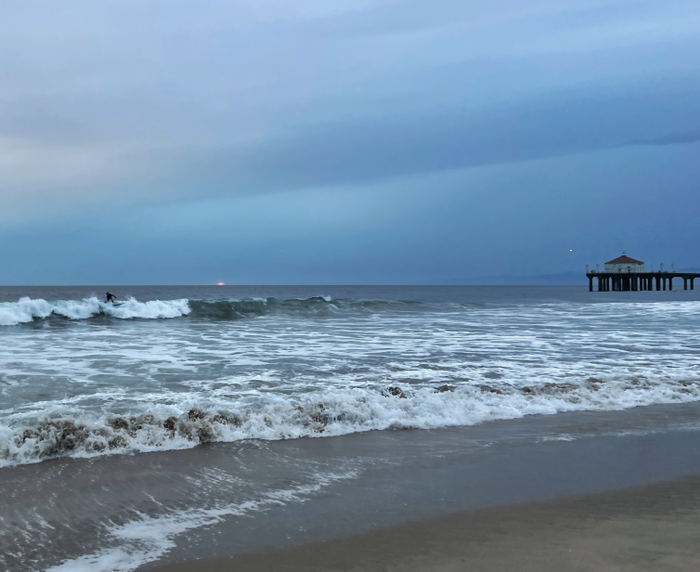 A lone surfer sails past the smallest possible blip of a sunset amid heavy clouds on Friday night in Manhattan Beach.
Looking ahead through the weekend, temperatures are expected to be cooler in "only" the mid-80s. A high surf advisory has been issued for Los Angeles County beaches until Sunday at 2:00 a.m.
Photos/Video