A small gathering outside the 9/11 memorial in Manhattan Beach on September 11, 2022.

A small group of residents and fire department representatives gathered at the 9/11 memorial on Sunday morning in Manhattan Beach to recognize the 21st anniversary of the tragedy.
Manhattan Beach Fire Captain/Paramedic Tyler Wade led the group in a brief moment of silence at the memorial at 9:11 a.m. 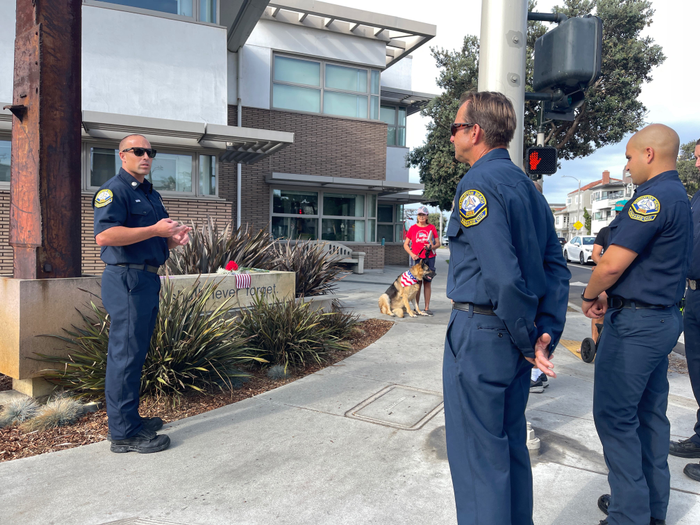 While we mourn and honor those victims, Wade said, "Let's live a happy and positive life for those people we lost that day."
In attendance, and in American Airlines uniform, was former American flight attendant Dyan Purser, who had frequently flown the cross-country route of American Flight 11, one of the planes lost on 9/11.

The city's 9/11 memorial is at the corner of 15th and Valley, abutting the police and fire facility. It contains two steel columns that remnants of the World Trade Center towers that collapsed on September 11, 2001. 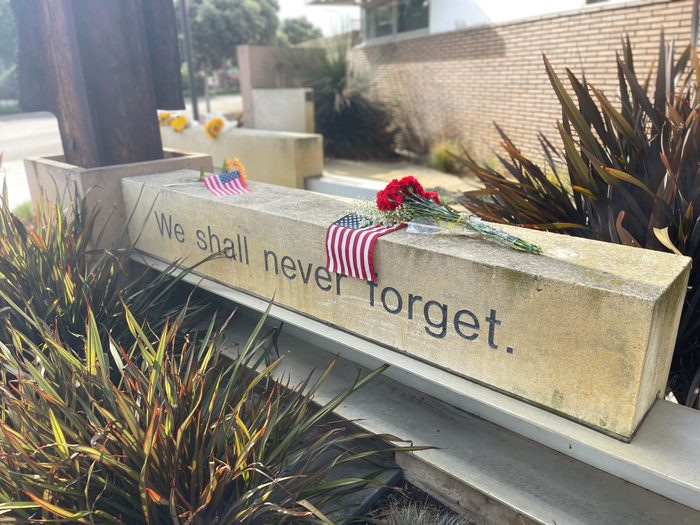