A fully loaded cement truck crashed into a house at 42nd and The Strand in El Porto on Wednesday.

A fully-loaded cement truck lost its brakes and crashed into an El Porto house on Wednesday morning. Although the house was empty and the driver escaped with minor injuries, the effort to extract the truck shut down the neighboring streets and parking area for hours. 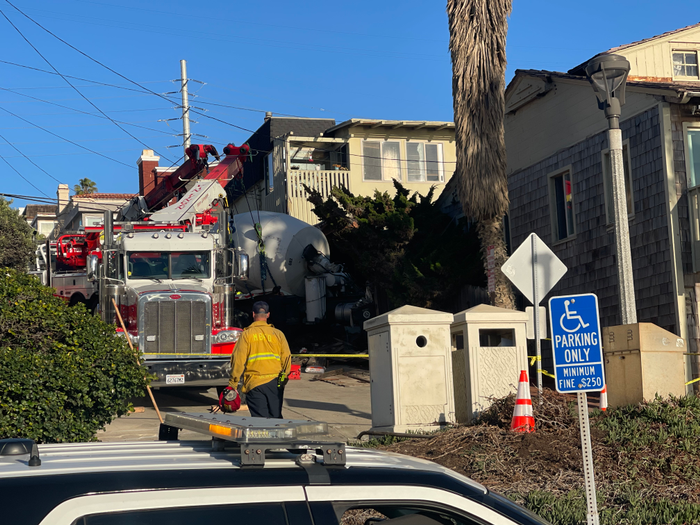 A cement truck ran into a house at 42nd Street and The Strand in El Porto, Manhattan Beach, on Wednesday morning.

Christopher Ineguez, spokesperson for the Manhattan Beach Police Department, told MB News that the accident happened shortly before 11:00 a.m., and the initial investigation indicated that the truck's brakes had failed. The driver sustained only minor injuries, said Ineguez.
The house, at the corner of 42nd Street and The Strand, was vacant, so no one was injured inside.
Nevertheless, the process of moving the truck turned into a major operation, causing police to shut down the area around The Strand and 42nd Street, as well as parts of the El Porto parking lot, until late Wednesday evening. 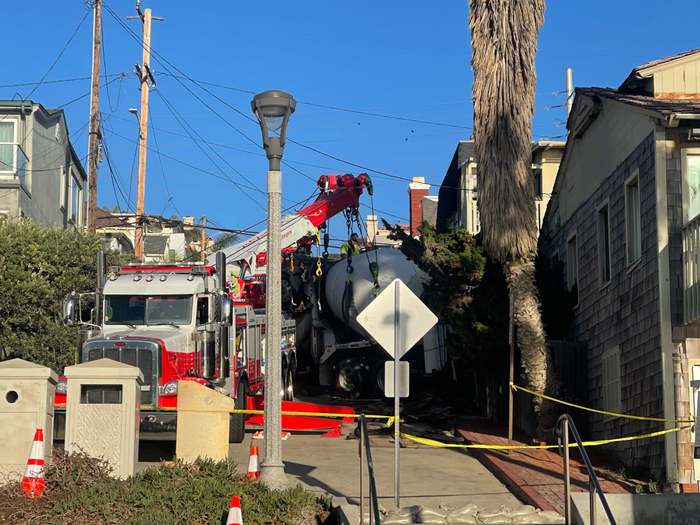 Ineguez said that the spinning drum, which was filled with cement mixture, had apparently become loose during the crash, so it became a delicate operation to attempt to move the truck without dislodging the drum. 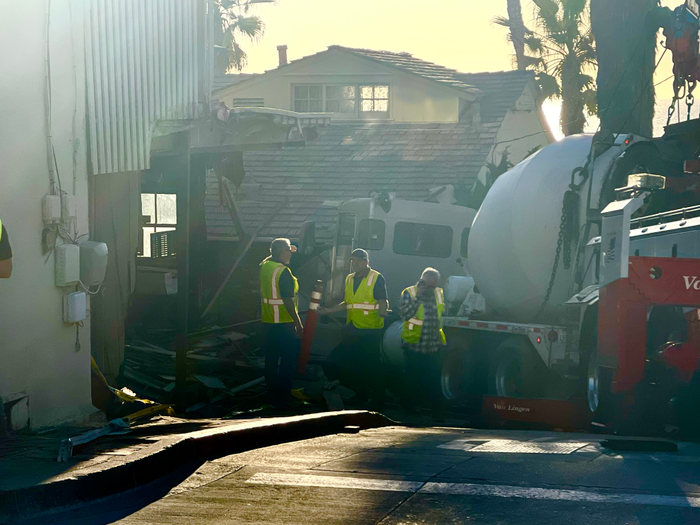 Multiple responders showed up at the scene at various points, including police and code enforcement personnel. The Manhattan Beach Fire Department had also been called to the scene when someone reported smoke, but there was no fire involved, said Ineguez. The neighborhood where the crash occurred is densely populated with narrow streets, closely situated houses, and steep hills - adding an extra degree of difficulty for construction vehicles to navigate the area.