Modular Build is Largest Project of its Kind in Manhattan Beach Anyone passing through downtown Manhattan Beach on Monday and Tuesday could not help but notice a massive crane on the basketball courts of Live Oak Park.
That crane was responsible for lifting modular units onto a new home construction site, the largest residential modular construction project in the city to date. 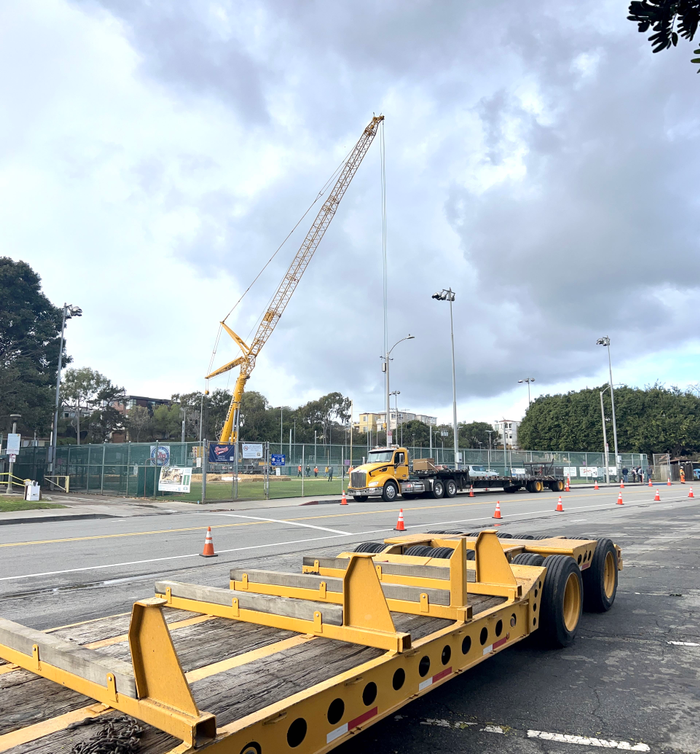 Contractors built the first floor of the house on 18th Street in a conventional construction style. Then the crane delivered a total of eight more modular pieces to the project site, stacking them "Lego-style" to create the second and third floors. "It was very unique in the way they delivered it," said City Traffic Engineer Erik Zandvliet. He added that although the giant crane effort was complex, it was the most efficient way to deliver the pieces with least amount of disruption to neighbors.

The project began on Monday morning, at a time when the city had already planned for the park to be shut down for maintenance.
It took three semi trucks to carry in the pieces of the giant crane. Then it took a smaller crane to build the larger crane. 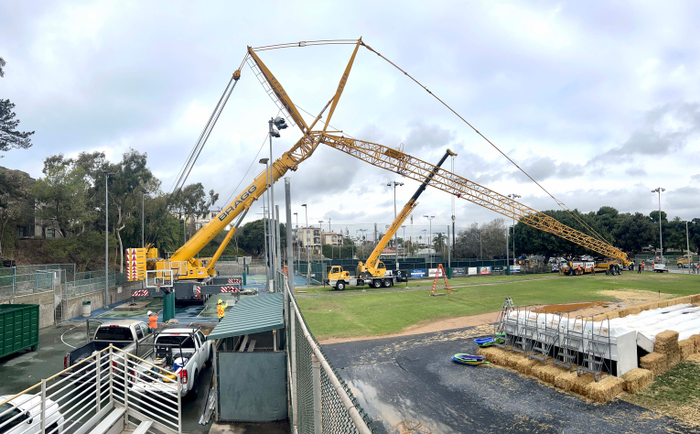 The crane was then able to lift the eight pieces up and over the giant hill from Live Oak Park to the 300 block of 18th Street - four pieces on Monday, and four pieces on Tuesday.
Each piece was 12 feet wide, 41 feet long and 10 feet tall. All told, the house will be 3,958 square feet. 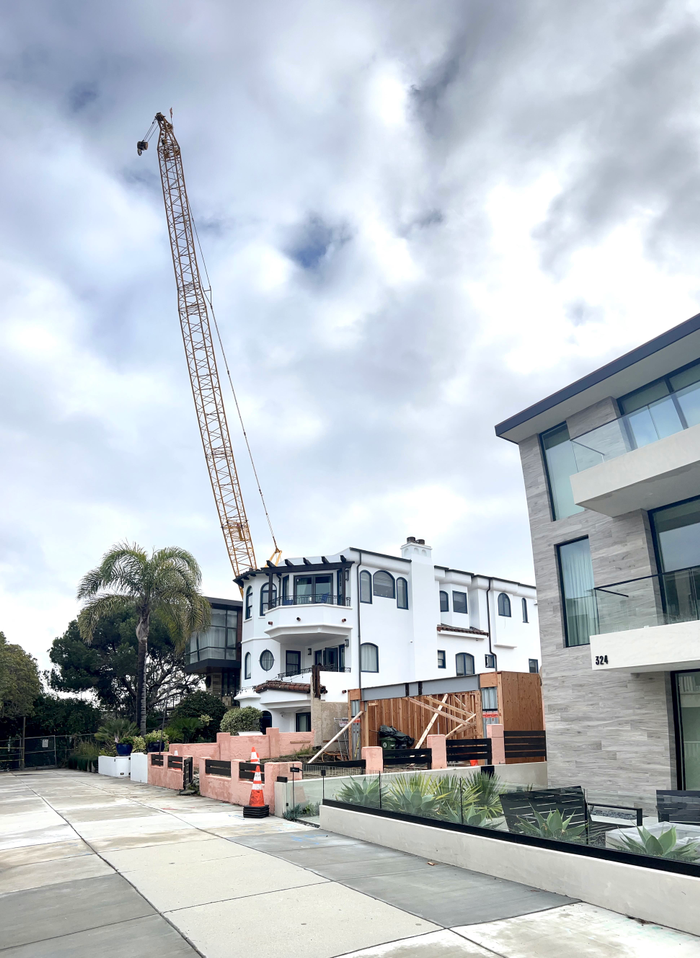 Builders at X3 Build, based in Santa Monica, told MB News that this was the biggest size crane their team has used so far in a modular installation project. "This crane is mainly used in commercial or infrastructure construction projects; however, we had to increase the size of the crane due to the unique logistical situation," said Poya Kevin Parvaneh of X3 Build.
Parvaneh cited the issues that made this site particularly challenging: the housing density, particularly in this site location; narrow streets and limited access; and overhead power lines that limited the ability to have a crane moving large objects overhead.

Builders and city officials agreed that while placing the giant crane down at the basketball courts caused some inconveniences for neighbors, it avoided a more impactful shutdown.
If the installation had been done from atop the hill at 17th Place, the pieces would have had to be lifted over power lines, which would would have necessitated shutting the power off for more than 30 houses on the block for four to five days, said Parvaneh.
The streets would have had to be shut down at 18th and 17th Place as well, noted Zandvliet. "The way we were able to do it, we had no road closures and no power cutoff," he said.
Zandvliet noted that this effort required three separate permits: a crane permit, a temporary street use permit, and an oversized transportation permit to bring in the pieces of modular building and drive them into the city.

Modular units (similar to what has been used at Pennekamp Elementary and Grand View Elementary) are completed offsite and arrive at the construction site with fixtures and plumbing and electrical intact.
According to the Modular Building Institute, modular building is "greener" because it minimizes material waste and air pollution (given that the units are built inside in a factory setting). Furthermore, since the modules are built in a controlled setting, they can be built safer and faster with fewer on-site accidents. Some estimates say that modular construction can cut construction time in half. 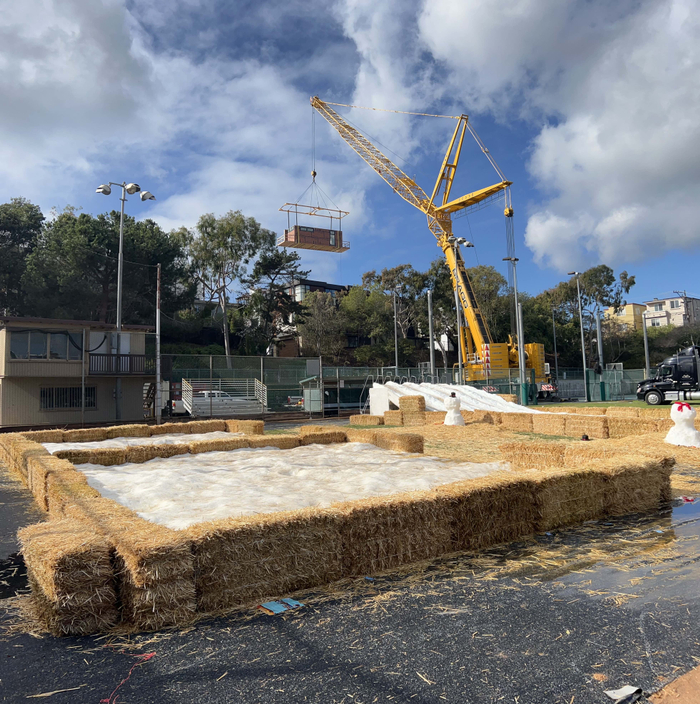 (Extra layers of padding protected the field at Live Oak Park.)
At the 18th Street construction site, the builders expect that the construction will be completed fairly soon.
"There are factors such as weather and city inspections that may affect the construction duration," said Parvaneh. "But having said that, I believe this project can be completed within three to four months."
(All photos within the body of the story courtesy of the city of Manhattan Beach.)