The World Famous Pumpkin Race drew thousands on Sunday and crowned a new champion pumpkin racer.
First place went to Meadows Elementary student Max Fraumeni. In second place was Manhattan Beach Montessori student Jocelyn Bross; and in third place was Grand View Elementary student Foster Dallas. In fourth place, also from Meadows, was Eliot Seay.
All told, there were 1,120 pumpkins raced for the day, for a total of 188 races down the hill. 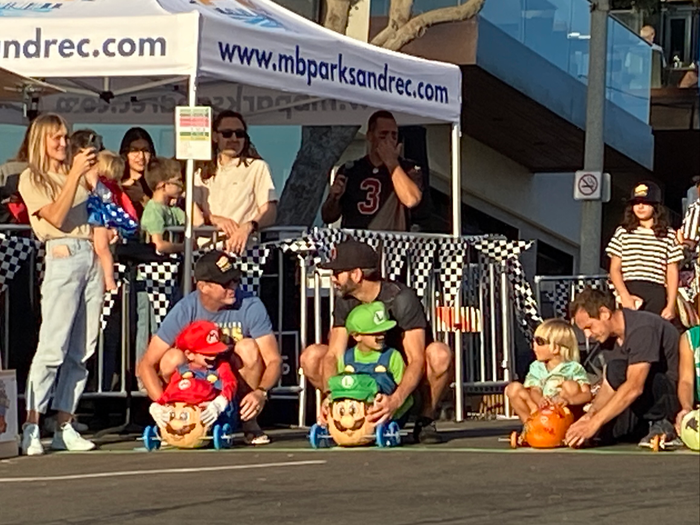 The quirky race - invented in 1990 in Manhattan Beach - has become a cherished hometown event that has garnered the attention of several local and national television news networks. It has also spawned countless similar events in towns across the country.

Participants compete with "racing pumpkins" - pumpkins fitted with two axles and four wheels - by rolling them down the hill at Manhattan Beach Blvd. between Ocean Ave. and the Manhattan Beach Pier.

The race has become so popular that it took several hours to get through the initial heats before the winning pumpkins move on to the semifinals. While the racing started at 2:00 p.m., the champs were not crowned until after 6:00 p.m. 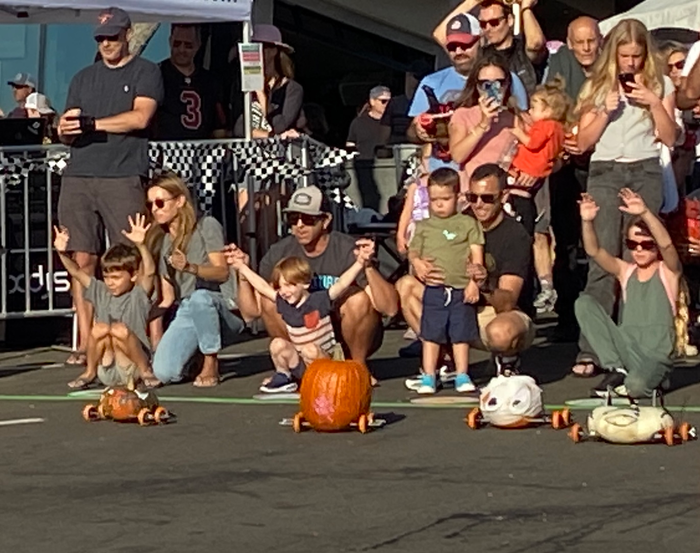 Meanwhile, in the "grudge match" race between city officials, Councilmember Joe Franklin once again took the crown. Franklin collaborated with his neighbors, the Tomasevic family, to create a powerful racer. 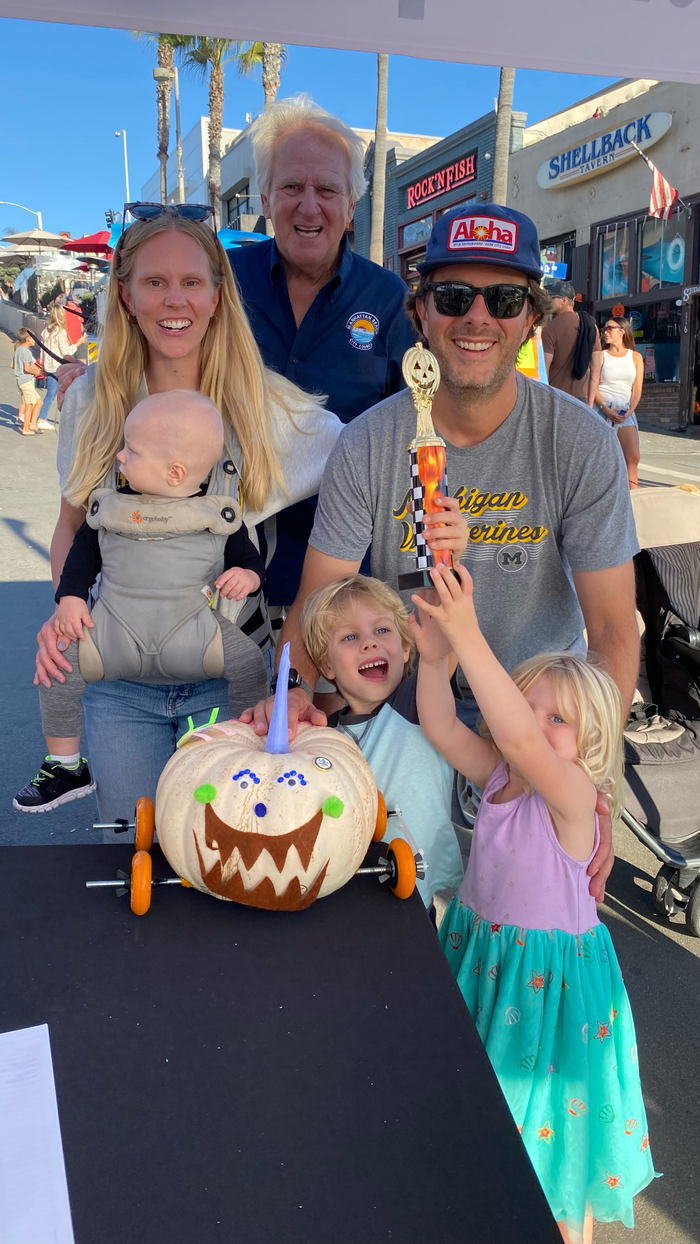 City Councilmember Joe Franklin and the Tomasevic family show off their trophy.

Johnson and Napolitano's pumpkins were off to a speedy start and appeared to be in the lead, but the two pumpkins veered into each other, knocking each other out and leaving the Franklin/Tomasevic pumpkin to cruise to victory.

P.S. Fascinated by the pumpkin race and looking forward to trying it next year? We have (unofficial) word that the next World Famous Pumpkin Race will be held on Sunday, October 29, 2023, so mark your calendars.